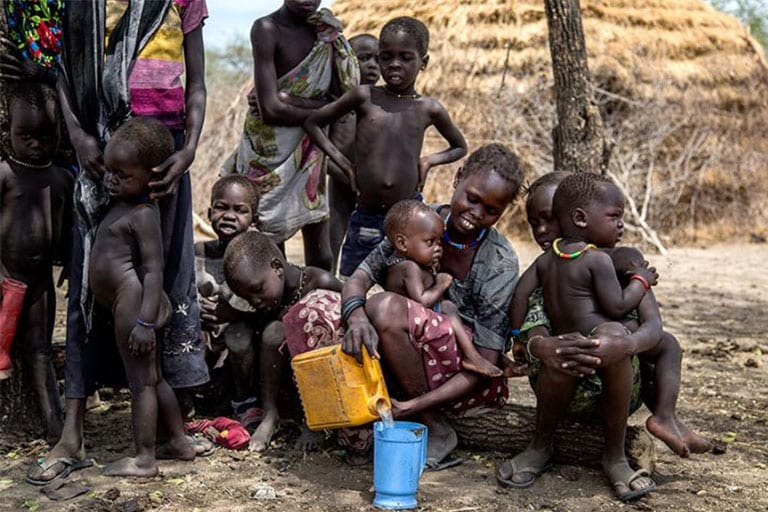 Since December 2013, almost three million people have fled from the brutal war that began in Juba and quickly fanned out into the country. In late February this year, famine was declared in parts of South Sudan and the situation is expected to worsen sharply as the lean season, four months away, draws near. In the lean season, food stocks are depleted and prices are expected to rocket. Declaring a famine means that people have started to die from starvation, and this announcement has been made long before the period in which stocks are usually reduced.

As a result of the continuing conflict, prolonged drought and the country’s economic crash, humanitarian organisations estimate that about 5.5 million people across the nation will need help. About 100 000 are at imminent risk of dying of hunger and about 250 00 children are severely malnourished. These numbers continue to rise, and aid bodies have called the situation catastrophic.

The parts that are most severely affected are areas of Unity State and Northern Bahr El Ghazel. The WHO Crisis Classification uses rates of Global Acute Malnutrition or a persistently inadequate diet and a percentage above 15% is seen as critical. An alarming rate of more than double this has been observed in parts of Unity State.

The crippling drought and poor harvests have meant that people rely on wild food such as fruit and fish to survive. The Greater Equatoria region, which usually has high agricultural potential, traditionally produces a surplus, but low rainfall last year meant this didn’t happen. The continued devaluation of the currency, the South Sudanese Pound, insecurity along key transit routes and poor harvests are all factors that have caused food prices to spike. Urban populations are also struggling to cope with about 400 000 in Juba, Wau and Aweil severely food insecure.

According to a UN report, there appears to be no end to the emergency. “There is no food in Juba,” said Leader Makumator, JAM’s Operations Manager in South Sudan, in late February. “The situation is horrific – people have started to commit suicide here.”

JAM South Sudan is working with our existing partners to scale up the humanitarian response in the three worst affected states where we already have a presence. We are strategically positioned to ramp up our response in these areas but need the support of as many individuals and organisations as possible. Your contribution can make a huge difference to the lives of those who barely even have hope. Donate to South Sudan today.