Joint Aid Management is empowering Africans to create
better lives for themselves.

Feed a child a nutritious meal at school for a month,
every month.

Contribution to the provision of clean water, sanitation
and hygiene.

Provisions and treatment of Severe Acute Malnutrition per child, per month.

In line with our vision of Helping Africa help itself our programmes provide sustainable solutions for beneficiaries across Africa.

Through local and international donor partnerships, we implement programmes that address the needs of recipient countries.

Together with our partners we operate our programmes, providing lifesaving interventions and development projects, in the following African countries:

Despite large oil reserves, Angola is still recovering from the 27-year civil war in that ended in 2002. Semiarid in south and along coast to Luanda, the north has cool, dry season and hot, rainy season that causes periodic flooding on the plateau.

Lack of food is evident where granaries are almost empty and people are selling of livestock in order to buy staple food. At the same time, many people are crossing the border into Namibia to sell their remaining stocks, raising concerns about seed availability for the next planting season. The worsening of water availability and quality is forcing women and children to walk greater distances to find clean water, and school drop-out rates are increasing. People are digging very deep wells in attempts to find water. Women are reported to be experiencing hygiene problems due to water scarcity.

The country faces a variety of socioeconomic problems, including poverty, high maternal and child mortality, and illiteracy. About 40 percent of Angolans live below the poverty line and unemployment is widespread, especially among the large young-adult population.

Mozambique has been hit by severe droughts, cholera outbreaks, several cyclones, storms, flash floods and political and security instability resulting in pockets of population displacement throughout the country. Although the southern and central regions are prone to drought, floods frequently occur along major river basins and in poorly drained urban settlements. These conditions have led to severe food and nutrition insecurity.

Mozambique is a poor, sparsely populated country with high fertility and mortality rates and a rapidly growing youthful population – 45% of the population is younger than 15. Mozambique’s high poverty rate is sustained by disease, high population growth, low agricultural productivity, and the unequal distribution of wealth.

About 46% of Mozambique’s population live below the poverty line and only about 40% of the population is illiterate.

South Africa’s relative stability and economic growth has acted as a magnet for refugees and asylum seekers from nearby countries, despite the prevalence of discrimination and xenophobic violence. Refugees have included an estimated 350,000 Mozambicans during its 1980s civil war and, more recently, several thousand Somalis, Congolese, and Ethiopians.

The Unemployment rate is 29% with the youth unemployment rate, a staggering 53%, the 2nd highest in the world. About 33% of the population (2015 est.) live without access to proper sanitation facilities. The infant mortality rate is 24.6 deaths / 1,000 live births.

The cumulative effects of years of prolonged conflict, chronic vulnerabilities and weak essential services have left 7.5 million people – more than two thirds of the population – in need of humanitarian assistance. Nearly 4 million people remain displaced: 1.5 million internally and 2.2 million as refugees in neighboring countries. Limited availability and a lack of access to health services have largely contributed to one of the highest under-five mortality rates (90.7 deaths per 1,000 live births) and maternal mortality rates (789 deaths per 100,000 live births) worldwide. The country remains in a critical period of unprecedented severe food insecurity with 6.4 million people considered food insecure, and with malnutrition rates of 16 per cent – surpassing the global emergency threshold.

Educational attainment is extremely poor due to the lack of schools, qualified teachers, and materials. Less than a third of the population is literate (the rate is even lower among women).

Sierra Leone’s large youth cohort – about 60% of the population is under the age of 25 – continues to struggle with high levels of unemployment, which was one of the major causes of the country’s 1991-2002 civil war and remains a threat to stability today. Its estimated 60% youth unemployment rate is attributed to high levels of illiteracy and unskilled labor, a lack of private sector jobs, and low pay.

Sierra Leone has been a source of and destination for refugees. Sierra Leone’s civil war internally displaced as many as 2 million people, or almost half the population, and forced almost another half million to seek refuge in neighboring countries (370,000 Sierra Leoneans fled to Guinea and 120,000 to Liberia). The UNHCR has helped almost 180,000 Sierra Leoneans to return home, while more than 90,000 others have repatriated on their own. Of the more than 65,000 Liberians who took refuge in Sierra Leone during their country’s civil war (1989-2003), about 50,000 have been voluntarily repatriated by the UNHCR and others have returned home independently. As of 2015, less than 1,000 Liberians still reside in Sierra Leone.

Uganda has been both a source of refugees and migrants and a host country for refugees. Uganda is currently host to over 1,394,678 refugees and asylum-seekers in Uganda as of 31 January 2020. Based on border monitoring there is a daily average of 200 new arrivals during January 2020. The Global Acute Malnutrition rates (GAM) among new arrivals in refugee settlements are critically high at 14.9 to 21.5 per cent.

The humanitarian situation remains unpredictable in South Sudan and the DRC. Refugees from the DRC cited inter-ethnic violence in Ituri as well as fighting and attacks on civilians in North Kivu as reasons for fleeing. Those from South Sudan reported insecurity, food insecurity and lack of access to basic services such as education and health as the main causes of flight. Burundians indicate several reasons for leaving their country including, insecurity, family reunification, reported violence and fear of forcible conscription by militia groups.

Rwanda is recovering from the ethnic strife that culminated in genocide in 1994. The West African nation has long struggled with its legacy of ethnic tension, with the genocide having decimated the county’s fragile economic base and severely impoverishing the population. Although it has made substantial progress since then, Rwanda is hampered by its small, landlocked economy. It is a rural country where 90% of the population relies on subsistence farming. Rwanda is one of the most densely populated countries in Africa, its persistent high population growth and increasingly small agricultural landholdings will put additional strain on families’ ability to raise foodstuffs and access potable water. These conditions will also hinder the government’s efforts to reduce poverty and prevent environmental degradation.

Rwanda itself hosts almost 160,000 refugees as of 2017; virtually all of them fleeing conflict in neighboring Burundi and the Democratic Republic of the Congo. About 38% of the population (2015 est.) live without access to proper sanitation facilities. The infant mortality rate is 28 deaths / 1,000 live births.

"There is no greater joy nor greater reward than t

It's a great injustice to spend billions to seek w

Ananias was in his house when the Cyclone Eloise h 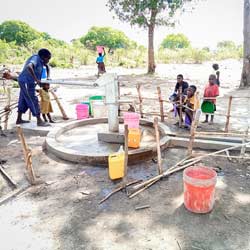 Latest update: 33 000 people have moved from areas impacted by the insurgency into safer areas of Cabo Delgado in the last week, as reported by the International Organisation of Migration (IOM). IOM has reported that 355 000 people are currently displaced throughout Cabo Delgado - compared to just 88 000 in January 2020. According 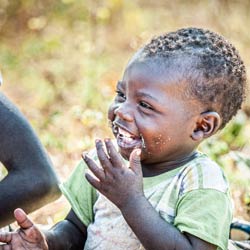 Every Child Deserves A Better Future 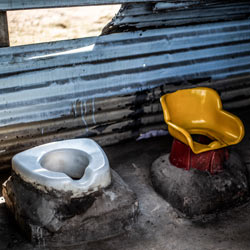 At a time when people’s lives are at risk due to a pandemic, and saving lives depends on proper sanitary practices, World Toilet Day marks one of the most important days in the 2020 calendar. This is an official United Nations observation which aims to raise awareness of some 4,2 billion people still living without 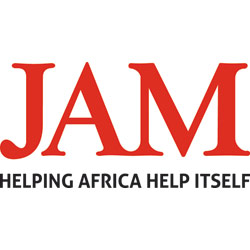 Nearly 300 000 people have already fled violence in the Mozambican province of Cabo Delgado, leaving behind their homes and livelihoods as conflict in the area enters its fourth year. With approximately 1 000 Internally Displaced People (IDP’s) estimated to be arriving daily at Paquitequete Beach, JAM International is standing by to assist. Most IDP’s